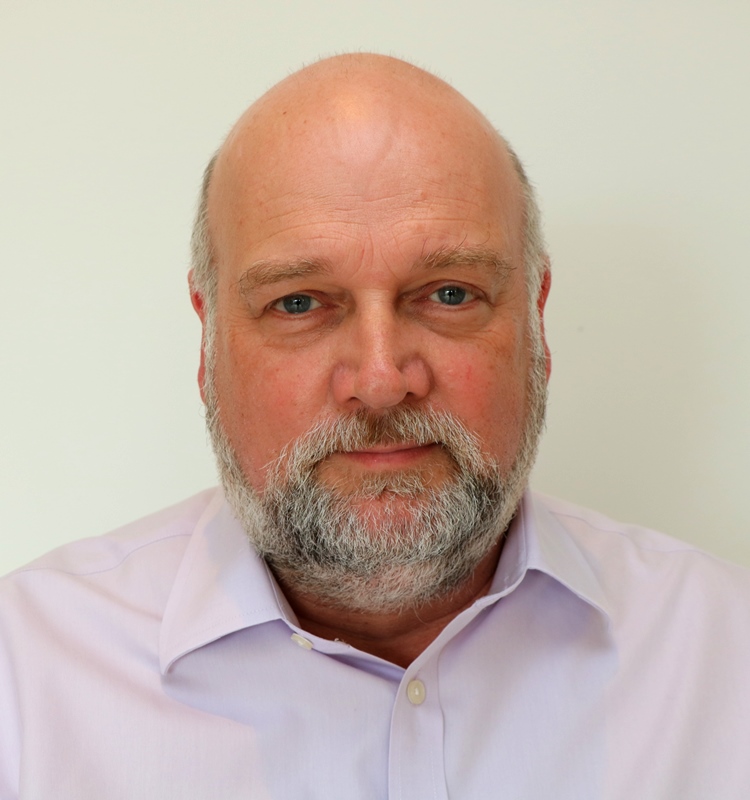 Keith was born and grew up in London and apart for time out to train as an Anglican priest Keith’s work life has always been in healthcare. He trained as a Dental Technician and then as a Maxillo-Facial Technician; making facial prosthesis, cranioplasties and planning jaw surgery in London and then Ipswich. He was widowed in 1997 when his wife died in a road accident; this was during the selection process for the Church of England and his ministerial training took place at Wycliffe Hall in Oxford and he was ordained in 2001. At college Keith teamed up with another student to form Revelation Racing, both racing MGs and seeking opportunities for ministry in motorsport. Also quite early on at theological college, in view of all he had experienced in life, Keith felt called to healthcare chaplaincy and following his curacy he became a chaplain in Addenbrookes Hospital In 2004 and then subsequently full-time chaplain at Arthur Rank Hospice also in Cambridge in 2013.
His role at the hospice has been to develop the chaplaincy, to ensure good engagement between the hospice the wider community and to be involved in the design and development of the new hospice which opened in November 2016. Since 2015 Keith has led the Patient and Family Support team at the hospice which comprises, Chaplaincy, Clinical Psychology, Music Therapy and Social Work. Keith is also a participant of the chaplaincy On-Call rota for the Hospice, Cambridge University Hospitals and the Royal Papworth Hospital.
Keith was awarded an MA in Pastoral Theology (Healthcare Chaplaincy) in 2016 and has served on the Exec of the AHPCC since 2016, more latterly as a conference organiser and now as President. Keith also is a member of APSE having just successfully attained a Certificate in Pastoral Supervision.
Keith is now remarried and has two children, both at Secondary School.
Outside of work at the hospice Keith supports ministry in local churches, and when family life allows (no longer racing) he enjoys tinkering with his old MG, gardening and providing chaplaincy at several Goodwood motorsport events throughout the year. 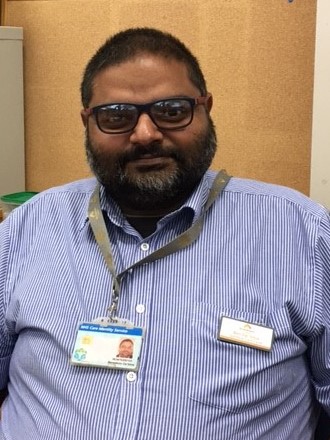 I am married and have two beautiful children. My background started as a youth worker in my younger days. I wanted to study Medicine so did my A-levels in Sciences. After a religious experience I had a change of direction and read Divinity at The University Of London. I then worked for Mencap as a live-in support worker and then as a YOS officer for London Borough Of Havering. I volunteered as a live-in manager for the Missionaries Of Charity for five years in one of their homeless hostels in London. Working alongside and supporting the MC sisters, I gained a deeper understanding into the life and spirituality of St Teresa of Calcutta (their foundress) – a person I always wanted to meet, but never got the chance. When we moved to Grimsby I worked for the YMCA for a couple of years supporting residents there, until a job came up at the hospice where I now work as the Spiritual Care Lead and Chaplain, and my parish priest among others thought I would be good at it and gently suggested I applied. I have worked here at St Andrews Hospice for over three years now. My areas of interest are religious pluralism, supporting the marginalised and forgotten, and promoting the relevance of spiritual care and the work we do. I work both in the hospice and the community with adults and children. I am also the founder and chair of the NE Lincolnshire Chaplaincy Forum where chaplains from various organisations support each other, and chair of the NE Lincolnshire Inter-Belief Forum. 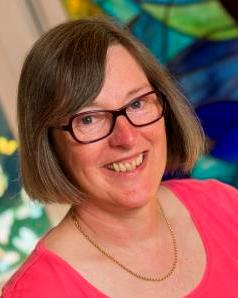 I am Spiritual Care Chaplain at Rowans Hospice near Portsmouth. Before starting this role in 2013, I was part of the chaplaincy team at Queen Alexandra Hospital in Portsmouth.
My first experience of chaplaincy was being part of the chaplaincy team at the Pennine Acute Hospitals NHS Trust in Greater Manchester. Originally I trained as a primary teacher, working in a variety of schools and was ordained in the Church of England in 2005.
I have a husband Paul who is also a Priest and two grown-up daughters. I am passionate about ecologically-friendly gardening – I have three wormeries! I also like to sing.

Lucyann has been a Spiritual Care Lead since 2014, in Essex, Dorset, and now in Devon. She spent most of her career in health care, initially as a nurse, followed by three decades as a midwife; practising as a home birth specialist, senior lecturer, clinical supervisor, as well facilitating groups for parents and professionals. She is also a mediator. Involuntary childlessness caused her to reflect deeply on the meaning and purpose of her life. In 2008 she was ordained as a minister in the Church of England. Lucyann has always been drawn to supporting people and those who support them in time of transition; whether birth, key points in life or death. She relishes the privilege of being a compassionate presence at these pivotal moments. She enjoys being alone in nature, singing, running, growing vegetables and knitting.
Lucyann is also Bishop’s Advisor for Wholeness and Healing, Salisbury Diocese, and trustee of The Guild of Health and St Raphael. 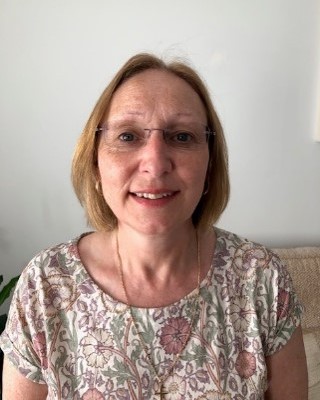 I am a Spiritual Care Chaplain at LOROS Hospice, Leicester.
I have worked at LOROS for three years.
Previously, I worked as a parish Priest for the Church of England in the Diocese of Sheffield, for four and half years.
I have a husband Mike, who is retired but also volunteers as a driver at LOROS. We have two daughters Stephanie and Jessica. So we travel a lot to Scunthorpe and London. 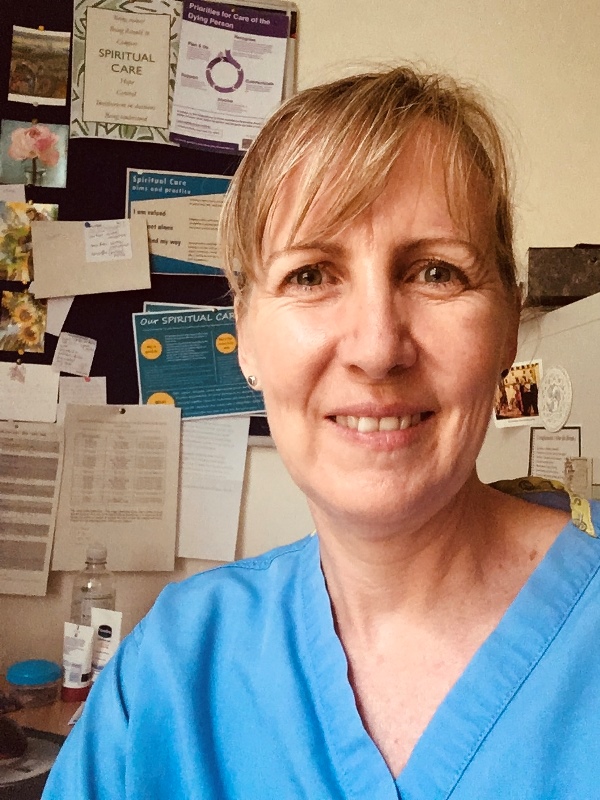 In her full time chaplaincy role, Tracy focuses on palliative care in a large acute hospital setting. She has worked for the past 6 years as part of the MDT on the Nightingale Macmillan Unit, Royal Derby Hospital. She previously worked as a full time chaplain at Basingstoke Hospital, during which time she completed a postgraduate diploma in Chaplaincy Studies at Cardiff University. She started her working life as a physiotherapist – so the hospital environment is very familiar – and was ordained in the Church of England in 2009. She has lived half her life in Zimbabwe and has moved around a lot, living in 18 different locations so far in Zimbabwe, South Africa and the UK. This has enabled her to adapt, to appreciate difference, to value hospitality in its many forms, to wrestle with the meaning of ‘home’, and to identify with and support those experiencing profound disorientation and loss.
She married Anthony in July 2020, and is looking forward to settling down in beautiful Derbyshire – where some of her ancestors originate from. She enjoys walking her Jack Russell, playing league tennis, and anything creative – gardening, decorating, sewing, cooking, sitting doing ‘nothing’, and contemplative mobile phone photography. 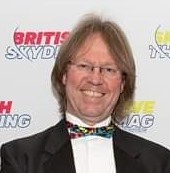 Having spent twenty years in the computer industry I re-trained for ministry in 1998 and after ordination in the Church of England in 2000 started parish ministry in a curacy post in the West Midlands. Ecumenism has always been important to me, my home church being an Anglican/Methodist LEP. Although technically an Anglican, I have led Church of England, Church in Wales, Presbyterian Church of Wales and Methodist churches. I currently combine my hospice ministry with leading five Anglican churches in North Shropshire.
My interests outside work include skydiving, motorcycles, heavy metal and hill walking – and trying to work out a way of combining them all in one weekend! 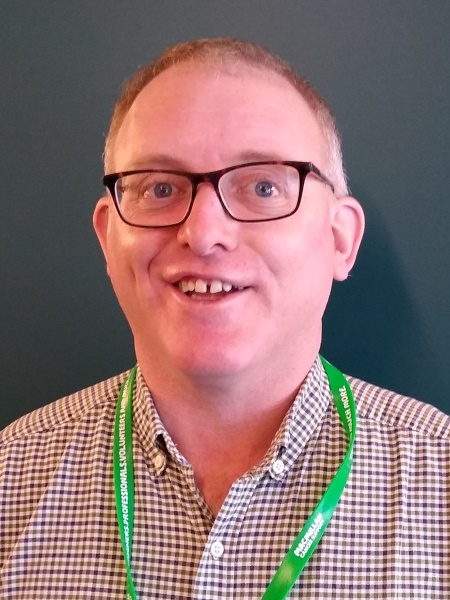 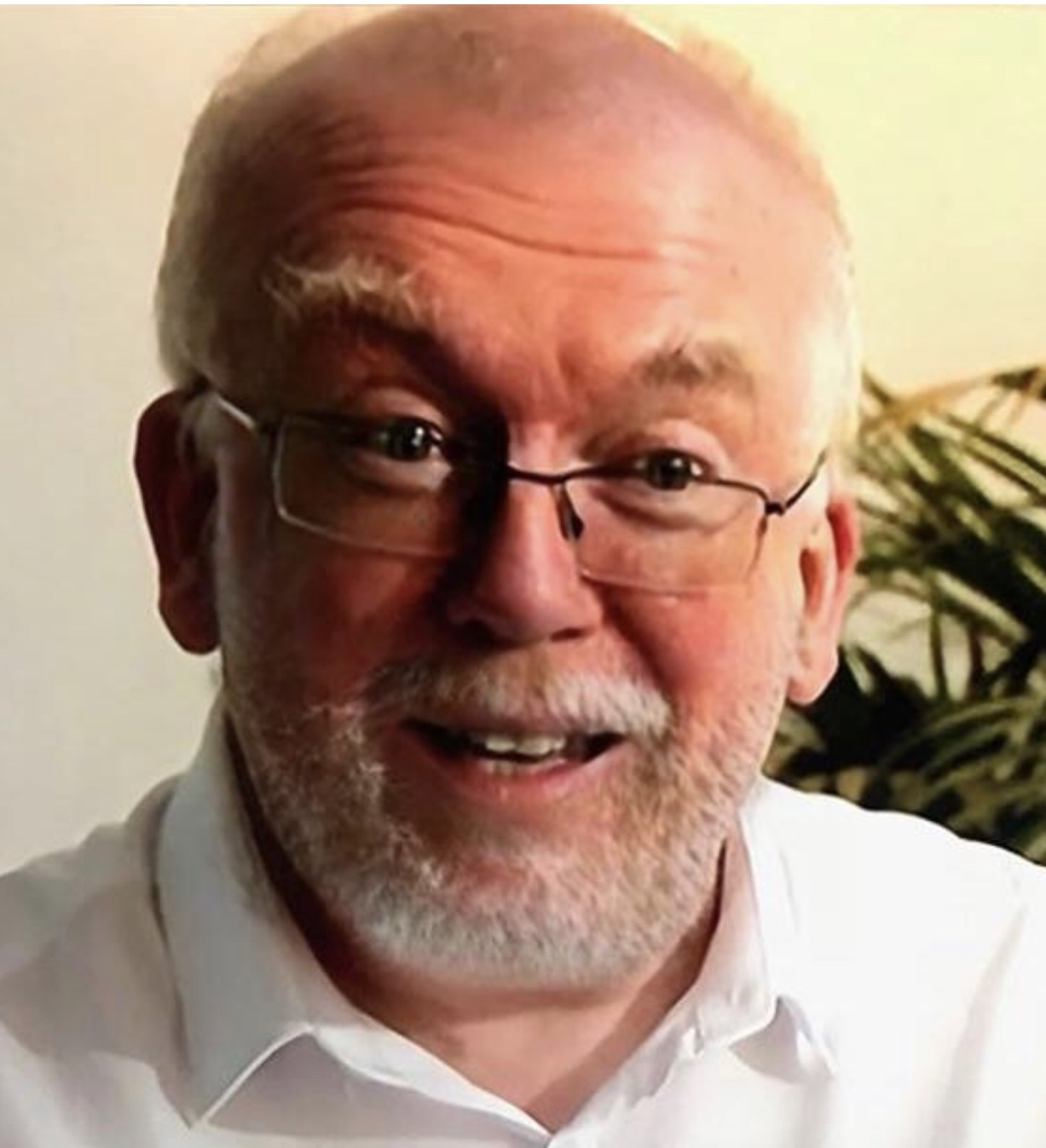 Laurence was born and grew up in the North East of England, close to Newcastle-upon-Tyne. As part of his training for ministry in the Roman Catholic Church, Laurence spent two years in Kenya, East Africa, close to the border with Uganda. Following Ordination in 1989, he worked in parish ministry in the Philippines for seven years, a significant part of which was as Parish Priest of a group of nine remote islands where three languages were spoken. After two years studying Pastoral Psychology at University in Chicago, Laurence became the Director of Studies of St Joseph’s College in North London, teaching and preparing students for ministry. In parallel with his teaching ministry, Laurence also completed his training as a counsellor and psychotherapist at Regent’s College in London.
In 2008 Laurence married, and took up the post of Chaplaincy and Spiritual Care Lead at North London Hospice where he spent the next twelve and a half years. Here he was responsible for building on the multi-faith identity of the Hospice, growing, supporting and working alongside a committed and eclectic Chaplaincy team. Laurence continues to provide counselling, psychotherapy and supervision as part of his ministry, and has recently taken up a new post as Spiritual Care Lead at St Gemma’s Hospice in Leeds. A keen reader, writer, photographer and traveller, Laurence looks forward to exploring the Yorkshire countryside and villages in the coming months and years.