Welcome to our 2022 Conference, Redrawing the Maps of Palliative Care Chaplaincy in a Covid-Changed World’.
Last year’s and earlier presentations remain available under ‘Previous AHPCC conferences, 2010-2021’ or ‘AHPCC UK’ on youTube.

We recorded all the main presentations again this year, and the videos are now available on our YouTube site, ‘AHPCC UK’. As you’ll know if you were at The Hayes, the videos are simple, but worth watching.
– 1. Keith Morrison: ‘Setting the scene’.
– 2. Laurence McGonnell: ‘Reconnecting with our sense of identity and mission’.
– 3. Conor Carville: ‘Samuel Becket and Forms of Life and Death’.
– 4. Neil Greenberg: ‘Mental health, moral injury, and healthcare staff’.
– 5. Pádraig Ó Tuama: ‘Collect writing as pastoral and poetic work’.
– 6. Karen Murphy: ‘Standing our ground and proving our worth’.
– 7. Steve Nolan: ‘We’re already researchers – we just don’t realise it’
If you missed last year’s conference, why not catch up with those presentations, too – always available on YouTube at ‘AHPCC UK’.

In addition, we have three other items available to download:
– ‘Untitled’, the collective poem that we produced in Conor’s workshop;
– ‘Reconnecting with our sense of identity and mission’, the transcript of Laurence McGonnell’s presentation; and
– ‘Love’, the poem that David Buck read at the end of the conference.

All the 2022 Conference information remains available below

‘Mental health, moral injury, and healthcare staff’
Professor Neil Greenberg is a consultant academic, occupational and forensic psychiatrist based at King’s College London. Neil served in the UK Armed Forces for over twenty-three years and has deployed, as a psychiatrist and researcher, to a number of hostile environments including Afghanistan and Iraq. At King’s Neil leads on a number of military mental health projects and is a principal investigator within a nationally funded Health Protection Research unit. He also chairs the Royal College of Psychiatrists (RCP) Special Interest Group in Occupational Psychiatry and is leading the World Psychiatric Association position statement on mental health in the workplace. Neil has published more than 300 scientific papers and book chapters and has been the Secretary of the European Society for Traumatic Stress Studies, the President of the UK Psychological Trauma Society and Specialist Advisor to the House of Commons Defence Select Committee. During the COVID19 pandemic, Neil has worked closely with NHSEI, PHE and has published widely on psychological support for healthcare, and other key workers.

‘We’re already researchers – we just don’t realise it!’
Steve Nolan has been chaplain at Princess Alice Hospice, Esher, since 2004. As well as his clinical work, he has published peer-reviewed articles on spiritual care theory and practice. His areas of interest include chaplaincy case studies; non-religious spiritual care; spiritual care in a secular environment; and the relationship between spiritual care and psychotherapy – a BACP accredited counsellor/therapist, he is dual qualified. Steve’s doctoral research (The University of Manchester, 2003) was an interdisciplinary application of theory to practice, drawing on psychoanalytic and semiotic theory to examine the construction of religious identity. His books include Spiritual Care at the End of Life: The Chaplain as a ‘Hopeful Presence’, (Jessica Kingsley, 2012); A to Z of Spirituality (with Prof Margaret Holloway, Palgrave, 2013); Spiritual Care in Practice: Case Studies in Healthcare Chaplaincy and Case Studies in Spiritual Care: Healthcare Chaplaincy Assessments, Interventions and Outcomes (both with George Fitchett, Jessica Kingsley, 2015 and 2018) and Transforming Chaplaincy: The George Fitchett Reader (co-edited with Annelieke Damen, Wipf & Stock, 2021). He holds a Visiting Research Fellowship at The University of Winchester, and has taught in the Cardiff Centre for Chaplaincy Studies, St Michael’s College, Llandaff, part of Cardiff University. 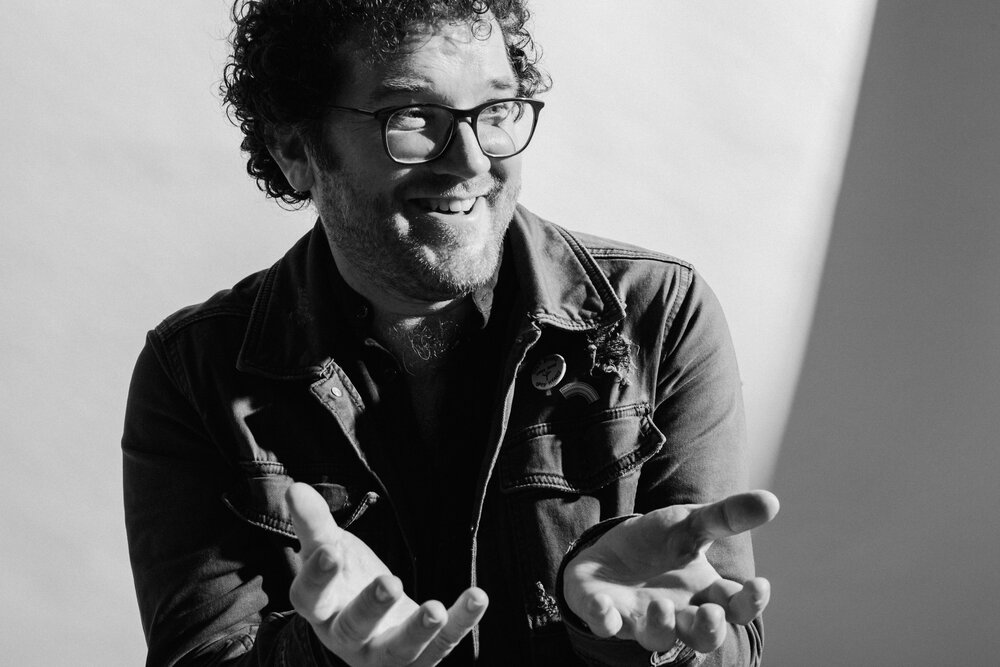 Title of Presentation – Collect writing as pastoral and poetic work
Pádraig Ó Tuama is a poet and a theologian. With publications in poetry, prose, theology and conflict resolution, he brings an interest in language, conflict, violence and religion to all of his work.
He presents Poetry Unbound from On Being Studios, a book from which is forthcoming from Canongate in October 2022. Pádraig is a member — and former leader — of Corrymeela Community, Ireland’s oldest reconciliation organisation.

‘The Hospice Chaplain: Reconnecting with our sense of Identity and Mission’
Laurence comes from North East England, near Newcastle-upon-Tyne. As part of his training for ministry in the Roman Catholic Church, Laurence spent two years in Kenya, near the Ugandan border. Ordained in 1989, he spent seven years in parish ministry in the Philippines, largely as Parish Priest to nine remote islands where three languages were spoken. After two years studying Pastoral Psychology at University in Chicago, Laurence became Director of Studies of St Joseph’s College, North London, teaching and preparing students for ministry. Alongside this, Laurence trained as a counsellor and psychotherapist at Regent’s College, London. In 2008 Laurence married, and took up the post of Chaplaincy and Spiritual Care Lead at North London Hospice where he spent over twelve years building on the Hospice’s multi-faith identity, to lead, support and work alongside a committed and eclectic Chaplaincy team. Laurence continues to provide counselling, psychotherapy and supervision as part of his ministry, and is now the Spiritual Care Lead at St Gemma’s Hospice, Leeds. A keen reader, writer, photographer and traveller, Laurence enjoys exploring rural Yorkshire.

Conor Carville is Professor of English at Reading University.
‘Samuel Beckett and the Visual’ was published from Cambridge University Press in March 2018.
His book of poems, ’Harm’s Way’ was published by Dedalus Press in 2011, and a second collection, ‘English Martyrs’ came out in 2019.
Conor is currently working on a novel.

Awen is an independent priest and spiritual care practitioner rooted in the Pagan faith tradition.
She has worked in end of life care and funerals for the last five years offering interfaith and inclusive support to people and their families on their journeys with death, dying and grief.
In 2021 she was named Minister of the Year (Any Religion) in the Green Funeral Awards.
.
.

About The Hayes Conference Centre